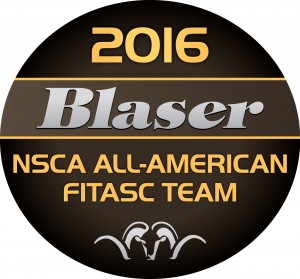 Congratulations to shooters named to the 2016 Blaser 12 Ga. FITASC All-American Team, for shooting during 2015. The Blaser FITASC 12 Gauge All-American Teams honor those shooters who excel at the challenge of competing in FITASC events. The points race is based on the All-American Points System. Three teams of 10 shooters per category have been named. As leader of the points race, Gebben Miles is captain of the Open team. Other captains are Desirae Edmunds, Lady concurrent; Dominic Gross, Sub-Junior; Tom Seay, Junior; John Woolley, Veteran; Gary Walstrom, Super Veteran; and Ronald Shafer, … END_OF_DOCUMENT_TOKEN_TO_BE_REPLACED 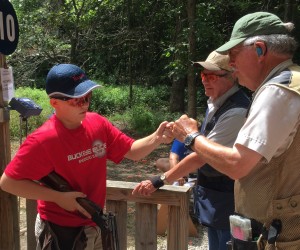 NSSA and NSCA are offering member clubs a free staff training course for the first 20 clubs that volunteer to host one of the associations' newest course offerings, the Club Range Safety Officer (CRSO) Certification Course.Â  This one-time opportunity is being offered and fully funded by the NSSA and NSCA to promote the launch of the newÂ Club Range Safety Officer Certification Course. The purpose of the new eight-hour $175 course is to train and certify club staff and volunteers to serve as referees and safety personnel and to serve as ambassadors for our sport when first-time shooters … END_OF_DOCUMENT_TOKEN_TO_BE_REPLACED

Northbrook Sports Club in Hainesville, Illinois and Kids & Clays Foundation's Chicagoland/Northwest Indiana chapter invite you to the Big Bang, a registered sporting clays tournament benefiting the Ronald McDonald House Charities. The Big Bang will have a 100-bird sporting clays course, 50-bird 5-stand, and 50 sub-gauge targets. All ammo will be included, and each shooter will receive an exclusive shooter gift. Lunch and soft drinks will be provided. Funds will be raised for the charity through silent auctions and raffles. The event will be September 10-11, 2016. To learn more or … END_OF_DOCUMENT_TOKEN_TO_BE_REPLACED

Once again we are reminding NSCA instructors to be wary of inquiries for instructional services that sound out of the norm. Scammers periodically target our instructors, usually starting with what sounds like a lucrative arrangement for a group of wealthy shooters and followed by a request for cash disbursements or gift card purchases on their behalf. The scammer usually claims to be a third party making arrangements for others. While the apparent scammers originally contacted instructors by email, we're hearing from several instructors who are now receiving text messages that follow the … END_OF_DOCUMENT_TOKEN_TO_BE_REPLACED 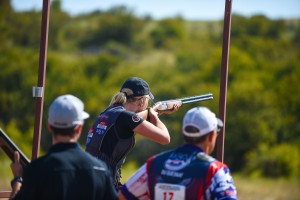 NSCAs 2015 end-of-year review will be run approximately January 15, 2016. Please be aware that the criteria for running the end-of-year review have been changed for the 2015 review. The new criteria are as follows: All shooters who are in the Top 60% overall rank of their particular class will remain in that class, along with whatever carry-over punches they have earned in that class. All shooters who fit BOTH of the following criteria will be reclassified to the next lower class: Shot a minimum of 500 targets for the year. Are not in the top 60% overall rank in their particular … END_OF_DOCUMENT_TOKEN_TO_BE_REPLACED