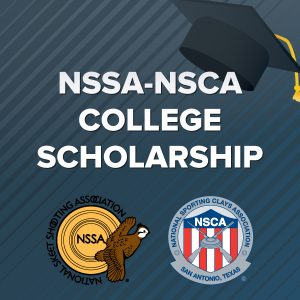 NSSA and NSCA have doubled their commitment to their scholarship programs and will each award four $5000 college scholarships this year to deserving members who will graduate from high school and start a four-year college program in 2020. The scholarships will be awarded based on academics, citizenship, and participation in NSSA or NSCA. Applicants must submit an application, a short essay, a transcript, and a letter of recommendation. The scholarships are paid incrementally by semester, and students must maintain a B average. The deadline to apply has been extended to March 15, 2020. … END_OF_DOCUMENT_TOKEN_TO_BE_REPLACED 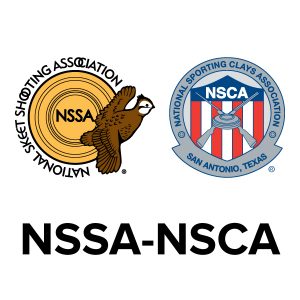 The previous shoot year has been processed, and 2020 Classification Cards are ready for members. New in 2020: Your Member ID and Classification Card will not be mailed to you via U.S. mail. Instead, you can access them immediately by logging in to MyNSSA.com or MyNSCA.com. Navigate to the Members menu and choose My Home Page. You’ll see a page that looks like this:   Once you're on the page, choose My Credentials to view and download your Member ID card and your 2020 Classification Card. Here's a tip: To keep your member card handy, you can download and store it in your … END_OF_DOCUMENT_TOKEN_TO_BE_REPLACED

At the recent winter meeting of NSSA and NSCA governing bodies, a plan was made to explore a potential endowment program to benefit NSSA and NSCA. A workshop will be held to initiate the effort. President Don Kelly and Past President John Haugh prepared a statement on the plan, inviting interested members to participate: Throughout the history of our association, our members, members' families, and friends within the shooting community have donated both real property (e.g., guns) and financial contributions. Currently, we have ad hoc resources and personnel to properly and legally … END_OF_DOCUMENT_TOKEN_TO_BE_REPLACED

NSSA President Don Kelly and NSSA-NSCA Executive Director Michael Hampton, Jr. announce two significant personnel changes in the organization, effective November 1. Gary Burley, NSSA Skeet Director for the past three years, has transitioned to the new position of Chief Operations Officer, with responsibilities across NSSA, NSCA, and the National Shooting Complex. Nathan Boyd has moved into the position of Interim Skeet Director. Since 2016, Nathan has served as NSSA-NSCA Special Projects Manager, which included the leadership role in creating new opportunities for junior shooters. In … END_OF_DOCUMENT_TOKEN_TO_BE_REPLACED 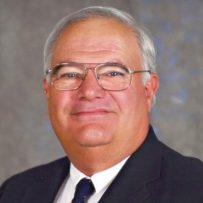 Phil Murray, White Flyer National Sales Manager, announces his retirement from the company, effective January 2, 2020. Murray grew up in the San Francisco Bay Area where his love for shotgun sports began at the early age of 9. Murray’s career included tenure at NSSA, Krieghoff, Beretta, Kolar, and White Flyer. Murray joined White Flyer in 1995 and has played a crucial role in White Flyer becoming the #1 manufacturer of clay targets in the world. Murray was inducted into the NSSA Hall of Fame in 1995 for his shooting accomplishments, and on October 3, 2019, he received the prestigious NSSA … END_OF_DOCUMENT_TOKEN_TO_BE_REPLACED 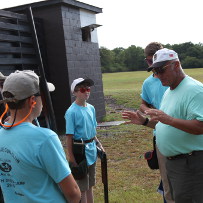 If you're a supporter of NSSA-NSCA and our various programs and want to offer financial support, we want you to know how to do so. As a 501(c)(3) nonprofit corporation, the National Skeet Shooting Association (of which the NSSA, NSCA, and National Shooting Complex are divisions) is eligible to receive tax-deductible contributions. While you may choose to make a general donation to the nonprofit corporation or to either association, you may also specify how your contribution is to be earmarked, such as for the NSCA USA Sporting Clays Team, to the youth shooting program, NSSA-NSCA Hall of … END_OF_DOCUMENT_TOKEN_TO_BE_REPLACED

The Officers of the National Skeet Shooting Association wish to address and update the NSSA-NSCA membership on a matter under discussion: To our membership, Members, sponsors and others have, from time to time, given gifts to the NSSA-NSCA. Sometimes the donor has specified their intent for these donations, such as 'Youth Shooting.' Because we have determined that there is substantial interest among our members and friends in supporting the work of the Association, we are exploring the potential benefits of soliciting gifts and donations to the Association in a more formal and … END_OF_DOCUMENT_TOKEN_TO_BE_REPLACED 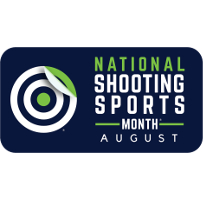 National Shooting Sports Month in August is the perfect opportunity for experienced target shooters and newcomers alike to head to a shooting range and experience what millions of Americans have long appreciated — that a day at the range is a day of fun! This 31-day celebration of the shooting sports, developed by the National Shooting Sports Foundation® (NSSF®) in 2017, reminds people that everyone can enjoy these safe, fun and social activities. It’s also the perfect time for an experienced shooter to mentor a newcomer in a sport that can provide a lifetime of enjoyment at every skill … END_OF_DOCUMENT_TOKEN_TO_BE_REPLACED 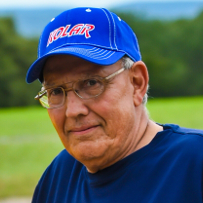 After 27 years establishing the brand and directing the sales, financial, and administrative aspects of Kolar Arms, John P. Ramagli is stepping away from the daily management of the Racine, Wisconsin firearms manufacturer. Ramagli, widely recognized as “Rags,” will continue in the role of a consultant and remain active in various aspects of Kolar’s continued business development. Ramagli, 73, cited recent open-heart surgery as a major contributing factor in his decision. Jeff Mainland is now Chief Executive Officer and President of both Kolar and U.S. Competition Arms, the manufacturer of … END_OF_DOCUMENT_TOKEN_TO_BE_REPLACED 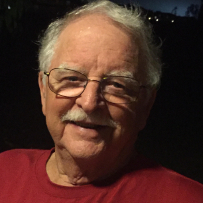 James (Jim) Swanzy III of Clute, Texas, long-time president of Capital City Skeet & Trap, passed away on February 21. Jim and his wife Marian were married for over 40 years and lived in Austin. After retirement, Jim enjoyed shooting and riding and traveling on his BMW motorcycles. He played an integral part in making Austin's Capital City Clays a welcoming and fun location for shooting skeet, trap, and sporting clays. Following the death of Marian in 2016, Jim married Margaret Kana in 2017 and moved to Clute. In September 2018, he was diagnosed with pancreatic cancer. Jim fought the … END_OF_DOCUMENT_TOKEN_TO_BE_REPLACED 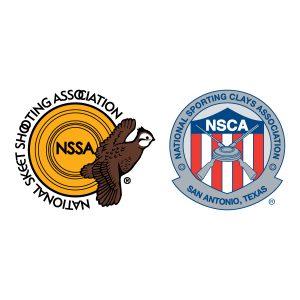 The NSCA Advisory Council has developed and the NSSA Executive Committee has approved a new charter for the National Sporting Clays Association, which is a division of the National Skeet Shooting Association. The charter defines a new governance structure and calls for elections to be held this year. The new governing structure eliminates the Advisory Council and Regional Delegate positions and creates a 15-member Executive Council, with three members from each region, elected from the National Delegate body. Five officers will be elected from the Executive Council. The new governing bodies … END_OF_DOCUMENT_TOKEN_TO_BE_REPLACED 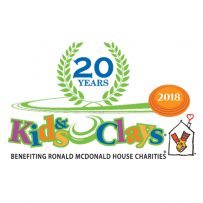 The Scholastic Clay Target Program (SCTP) is partnering with the Kids & Clays Foundation to hold a registered two-day sporting clays charity event at the Cardinal Shooting Center in Marengo, Ohio. The event will be held Friday and Saturday, July 20-21, during SSSF’s Scholastic Clay Target Program National Championships. The event is open to the public, parents, and coaches of athletes attending the SCTP Nationals, as well as the athletes themselves. All registrants for the event will be entered into a drawing for a large prize package of firearms and outdoor and shooting gear worth … END_OF_DOCUMENT_TOKEN_TO_BE_REPLACED 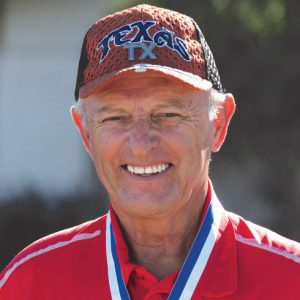 We are very saddened to report that Don Snyder, former NSSA-NSCA Executive Director, passed away Wednesday, May 30. Don was a World Champion skeet shooter, many-time All-American, and a member of the Armed Forces Skeet Association Hall of Fame. After retiring from the Air Force, Don began working for NSSA and the National Shooting Complex, filling numerous roles over the years. He served as NSSA Chief Instructor, managed the NSCA 5-stand truck and trailer program, and was the personnel director for the National Shooting Complex. He later became the NSSA Director prior to becoming the … END_OF_DOCUMENT_TOKEN_TO_BE_REPLACED 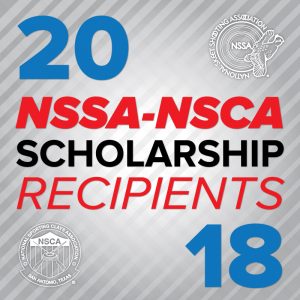 Congratulations to eight 2018 high school graduates who are recipients of $2500 NSSA-NSCA scholarships. The scholarship winners were chosen for their leadership, academics, and participation in NSSA-NSCA. Watch for profiles of each scholarship recipient in the June issue of Clay Target Nation. NSSA Scholarship Recipients Olivia Grace “Gracie” Woelffer Congratulations to Gracie Woelffer of Fort Mill, South Carolina, on being awarded a $2500 NSSA scholarship. Gracie is a recent graduate of Christian Liberty Academy and plans to continue her education at Liberty University. Her home shooting … END_OF_DOCUMENT_TOKEN_TO_BE_REPLACED 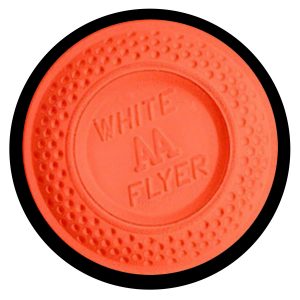 Shooters will soon be feeling the trickle-down effects of higher-priced components in clay targets, according to White Flyer Targets, manufacturer of the clay targets used by many clubs across the country. Phil Murray of White Flyer explained the necessity for the cost increase in recent letters to its distributors and gun clubs: March 13, 2018 Dear White Flyer Distributor, As many of you are aware the aluminum industry has recently experienced a major revitalization. In the aluminum manufacturing process, pitch plays a significant role in the smelting of the ore. Because of this … END_OF_DOCUMENT_TOKEN_TO_BE_REPLACED